At the age of 12, Rita Louise, Ph.D. became fascinated with the concept of extrasensory perception (ESP), a passion which has lasted a lifetime. After years of intense study and in-depth research into the fields of health and wellness, psychology, philosophy and the esoteric arts and sciences, she has emerged as a leading voice in the fields of holistic health and mind/body healing.

Founder of the Institute Of Applied Energetics, Dr. Louise is a Naturopathic Physician and a 20-year veteran in the Human Potential Field, but most importantly, it is her unique gift as a medical intuitive and clairvoyant that illuminates and enlivens her work. She is the author of the books “Man-Made: The Chronicles Of Our Extraterrestrial Gods”, “Dark Angels: An Insider’s Guide To Ghosts, Spirits & Attached Entities”, “Avoiding The Cosmic 2×4” and “The Power Within”.

Her unique insights bridge the worlds of science, spirit and culture and are changing the way the world views physical, mental and emotional wellbeing. Most importantly, she helps individuals reclaim their most valuable asset – their health. 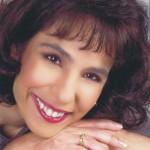 Dr. Rita Louise has appeared on television and has been a featured guest on many radio shows such as Coast to Coast w/George Noory, the Jerry Pippin X-Zone Radio, 21st Century Radio, The Kevin Smith Show, , Contact Radio, Second Site Radio, and Out Of This World Radio. She also appears monthly on Feet To The Fire Radio with her “SoulHealer Moments“.

Dr. Louise has appeared as a keynote speaker at events such as the Paradigm Symposium, Whole Life Expo, ASPE Paranormal Symposium and the Texas Ghost Show. She has also spoken to organizations such as Naturopathic Medical Association, Institute Of Noetic Sciences, MUFON, and the Texas Department of Health. She is also a regular contributor to publications including New Dawn Magazine, Atlantis Rising, In Light Times, and The Edge News. Her alternative health articles have also appeared in publications such as Fate Magazine, Today’s Dallas Woman, Inner Self Magazine, Holistic Health News and The Psychic Journal.

Dr. Rita Louise is the Chairman of the Board for the International Association of Medical Intuitives and has served on the Board of Directors for the Holistic Chamber of Commerce.